VICTORIA -- British Columbia's proposed speculation and vacancy tax is aimed at cooling an overheated real estate market and convincing owners of vacant homes in some urban areas to either sell or rent their properties, says Finance Minister Carole James.

The legislation introduced Tuesday would impose a tax of either 0.5 per cent, one per cent or two per cent on the assessed value of a vacant property in the 2019 taxation year and onwards. For the 2018 tax year, the government will levy 0.5 per cent for all properties subject to the tax.

The highest rate of two per cent would be applied to foreign owners and so-called satellite families, or those who don't report the majority of their income on Canadian tax returns, James said.

Canadian citizens and permanent residents who don't live in the province would pay one per cent on their homes assessed value.

B.C. residents who own a secondary home and don't rent it out would pay a tax of 0.5 per cent.

The goal of the tax is to improve housing affordability for thousands of people in B.C., including seniors forced to live in their vehicles and young professionals who leave the province because they can't find a place to live, James said as she introduced the legislation.

"We are supporting businesses who can't find employees because they can't afford housing," James said. "We are addressing the crisis for families in B.C. That is our job as government and we are going to get it done."

The tax was introduced in February's budget with few details as part of the government's 30-point plan to create 114,000 affordable housing units over the next decade.

"With today's legislation we're acting to bring balance back to our housing market," James told a news conference.

"Is it going to happen overnight? No," she said. "Is it easy to do? No. But it's the right thing to do. It reflects our belief as a government that homes purchased in B.C. should shelter people, not out-of-province money."

Opposition Liberal Leader Andrew Wilkinson said he expects the tax to stifle property development projects, kill construction jobs and chill investor confidence. Wilkinson said he sides with the communities of West Kelowna, Nanaimo and Langford, which are opposed to the tax and asked the government for exemptions.

"Our goal is to defeat this bill," he said. "It is a phoney tax. It accomplishes nothing except to grab revenue for the NDP. We don't believe in that."

The private sector could build enough housing to suit B.C.'s needs if more land were made available for development and the approval process for housing projects were faster, Wilkinson said.

Green party Leader Andrew Weaver said he remains concerned Canadians are not being treated equally and he will review the legislation.

James said she consulted widely before introducing the legislation, including meeting with local governments opposed to the tax. She said she would not let municipalities pick and choose what provincial initiatives they support or reject.

Langford Mayor Stew Young said in a letter to James and Premier John Horgan he feared the tax could spark an economic downturn. He said parts of his suburban Victoria community, located in Horgan's riding, should be exempt from the tax because of its resort-like status.

"As the mayor of Langford, I cannot support the implementation of a blunt policy instrument (the speculation tax) that is unnecessary, distortionary and ill-conceived, will dry up investment in British Columbia and is a recipe for financial disaster," Young's letter says.

James said more than 99 per cent of people in B.C. will not pay the tax, which includes exemptions for principle residences, rented properties and special circumstances that include renovations and hardship.

She said the tax would apply to vacant properties in Metro Vancouver, Kelowna, West Kelowna, Nanaimo-Lantzville, Abbotsford, Chilliwack, Mission and the Capital Regional District around Victoria on southern Vancouver Island. 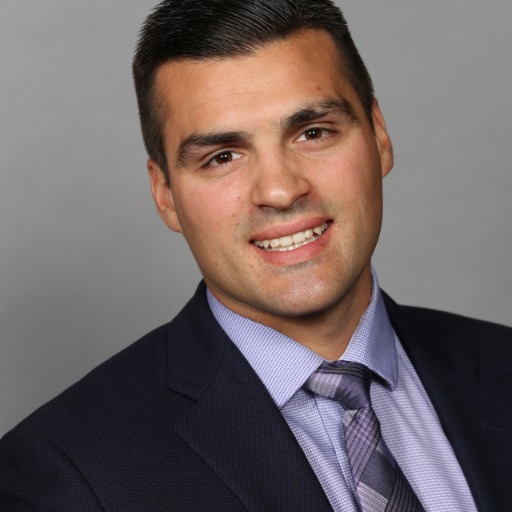 Born and raised in Victoria, B.C., Thomas prides himself on his persistence and consistent work ethic. Thomas is well intergraded into the Victoria community through strong networks, volunteering, an....

Looking to buy your first home in Victoria in 2020? Make sure to follow these 5 simple tips to help you get your dream home with as few hassles as possible! ?Details below ? 1. Not Getting Pre

Victoria real estate market experiences an active summerSeptember 1, 2020  A total of 979 properties sold in the Victoria Real Estate Board region this August, 48.1 per cent more than the 661

Victoria real estate market continues to adapt in the changing timesAugust 4, 2020  A total of 979 properties sold in the Victoria Real Estate Board region this July, 38.7 per cent more than

4 Mistakes when Buying a Home

Looking to buy a home in Victoria in 2020?Make sure to follow these 4 simple tips to help you get your new home purchased with as few hassles as possible! Details below: 1. Not Getting Pre-Approved.

By setting up an account you agree to receive updates on listings by these means. *

I would also like to receive email newsletters and periodic updates about real estate in my area and other related communications from eXp Realty Victoria - Pinnacle Luxury Homes Group. I understand I can withdraw my consent at any time by clicking the "unsubscribe" link contained in the email. In addition, you also agree to our Privacy Policy and Terms & Conditions.
eXp Realty Victoria - Pinnacle Luxury Homes Group 301-1321 Blanshard St, Victoria, BC V8Z 1J9